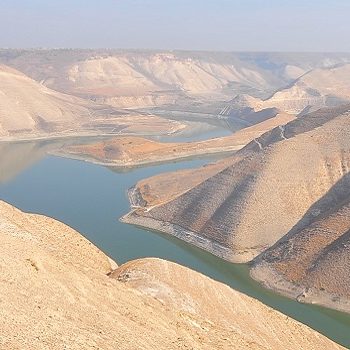 Hydropolitical Baseline of the Yarmouk River

Funded by: Swiss Agency for Development and Cooperation SDC

The Yarmouk tributary of the Jordan River remains the source of life for tens of thousands in both Syria and Jordan. In what appears to be a ‘race to the bottom’, however, water is being pumped out at unsustainable rates, and cooperation has broken down. A team of seasoned researchers led by Prof Mark Zeitoun at the UEA Water Security Research Centre has begun exploring how water use and availability is influenced by regional political and climatic dynamics. The goal of the study is to provide rigorous hydrological and political analysis that will serve as a baseline for effective transboundary water resources management and hydro-diplomacy programming. Updates on progress forthcoming.