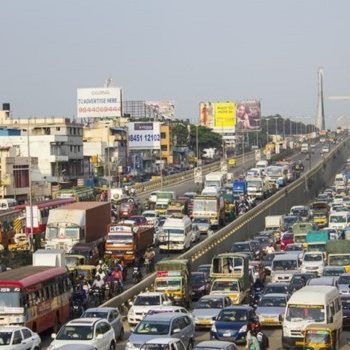 Throughout India the population of indigenous people in urban areas is growing. Rural indigenous communities are often credited for their sustainable lifestyles, but the role of indigenous populations and their knowledge for urban and environmental transformation has not received due attention. This interdisciplinary research on the relations between indigenous knowledge, climate change and urbanisation in India’s Northeast Region aims to inform our evolving understanding of climate justice. It will provide a critical overview and synthesis addressing the core question – ‘How can indigenous knowledge and climate justice be incorporated into our urban development policy?’

Dr. Shalini Sharma, Commonwealth Rutherford Fellow, holds over 10 years of work on environment and developmental issues in India. As a Felix Scholar her PhD from SOAS build on her active engagement with urban poor affected by the industrial disaster in Bhopal. She is the oral historian/trustee of the Remember Bhopal Museum – India’s first oral history based museum co-curated by the community of survivors and activists. Through her teaching and fieldwork in Northeast India at Tata Institute of Social Sciences, where the majority students belonged to indigenous communities, she became involved with climate and developmental challenges confronting urban transformations in biodiverse regions. As Visiting Fellow at UNESCO C2C for Natural Heritage Management & Training, she worked on the nomination (and consultation processes) of Kailash Sacred Landscape & Pilgrim Routes as a transboundary world heritage site. Currently, as Commonwealth Fellow she is studying indigenous urbanisms which she will be extending to smart cities and climate justice during her Fulbright at Princeton next year. Her activism with the International Campaign for Justice in Bhopal, National Alliance for People’s Movement in India and Global Greens Women Network embedded her in diverse community networks, enhanced her knowledge of environmental and urban issues, and provided first-hand experience of transformative potential of networks involving people facing damaged environments.