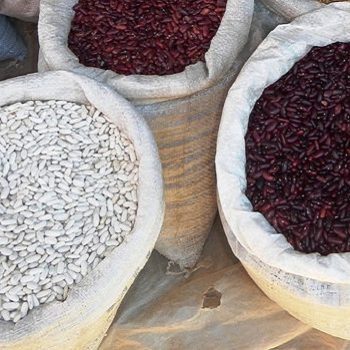 This French-led consortium explored how social relationships shape the structure of agricultural biodiversity, with a particular emphasis on how these networks shape access. Therefore this project highlighted issues of access (and therefore issues of justice) to biodiversity and how that diversity is itself structured and shaped, biologically as well as socially.

The vast majority (>90%) of seed planted worldwide comes from informal systems through diverse channels, such as farmer-farmer exchange or local markets. These exchanges are governed by local norms rather than formal regulations. This also applies to germplasm exchange through networks of scientists. Maintaining diversity in these systems of farmers and scientists and ensuring farmers’ access to diversity is thus a key issue linking food security, biodiversity conservation, and justice concerns.

People create and shape agricultural biodiversity through a number of ways such as selecting seeds, managing crops and their environments, and helping diffuse genetic diversity across space and time. Understanding the issue of diffusion within and among locations has become particularly important, since human activities have fragmented natural habitats, altered agricultural environments, and facilitated global-scale connections. This diffusion is also fundamentally a social process that often reflects other forms of relationships between actors, identities, or even political expression.

This project examined seed networks across a wide range of crops and country settings, both in the North and South. We used meta-analysis, semantic mapping, and social network theory to bridge disciplines and case datasets. Network analysis can reveal new relationships between society and biodiversity, and provides a tool that can help support farmers in maintaining and managing their seed flow networks. We explored how social relationships shape the structure of agricultural biodiversity, and in particular shape access to this diversity. Justice concerns feature in this emphasis on access, but also in NetSEED’s interest in analysing seed network response to political change and in an abiding concern with understanding how power and authority are expressed in the management of seed and of genetic resources.

For further information read this summary document and visit the NetSEED project website.