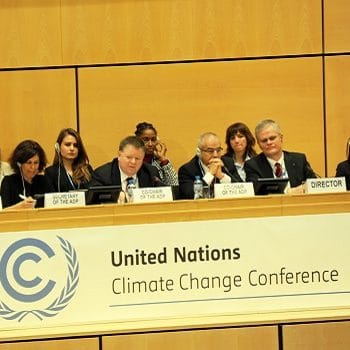 Non-State Actors in the New Landscape of International Climate Cooperation

This research programme consisted of two interlinked projects, which focussed on the role of non-state actors in multilateral climate diplomacy as well as non-state climate governance in the transnational arena. The programme departed from two seemingly paradoxical developments in recent years. At a time when UN climate multilateralism appears to be making little progress, non-state initiatives on climate change are thriving. This transnational climate governance experimentation has gained increased scholarly attention in recent years and suggested that it is time to consider climate activities ‘beyond the international regime’. At the same time, the non-state interest in the interstate arena is larger than ever. UN meetings have attracted growing numbers of non-state participants and governments have formally recognised the importance of such participation. Nonetheless, civic and private observers note that their access to the UN climate negotiations has become increasingly restricted. The research programme sought to better understand these tensions by examining the interface between the intergovernmental negotiating process and transnational networks of business, civic, indigenous and local government actors.